Now that all four of my children are away at college, and by away, I mean the closest one is three hours away and the furthest is 2000 miles away, the days of cooking for six are finished—at least on a regular basis. Not only did I cook for six, but my people demanded leftovers. The Mr. really loves leftovers, but at the start of our first full week of childless living, as I was making my meal plan for the week, we had this exchange:

“I am looking forward to not stuffing myself.”

“When there’s more food I feel compelled to go back for seconds and thirds.”

“Oh, I thought you loved having leftovers for lunch the next day.”

“I do, but you make enough for seconds, thirds, and leftovers.”

“Ever consider letting your stomach catch up with your head?

As he frowned, I realized this was not only going to be easier, but healthier for both of us.

My first week’s empty-nest meal plan looked like this:

Monday’s meal went well, but still resulted in leftovers, and I only used two chicken breasts! When you factor in the stir-fried veggies and brown rice, two plump breasts are more than you think! 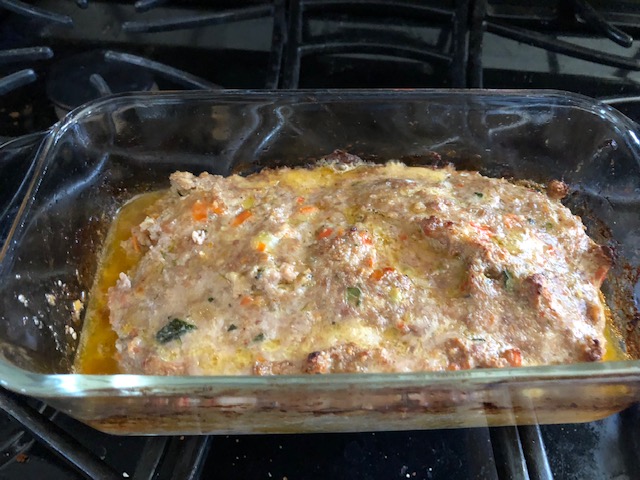 Not the prettiest, but definitely delicious: lamb meatloaf

Now to Tuesday: Lamb meatloaf. I made this up off the top of my head, and I didn’t actually partake in it for dinner because I was headed out for drinkies with a few other empty nesting moms. Nevertheless, I started with 1 lb. of ground lamb. For the mashed potatoes, I literally boiled one large russet potato. I have made beef meatloaf a million times, but now that the lamb naysayers have scrammed, I can make what I want. 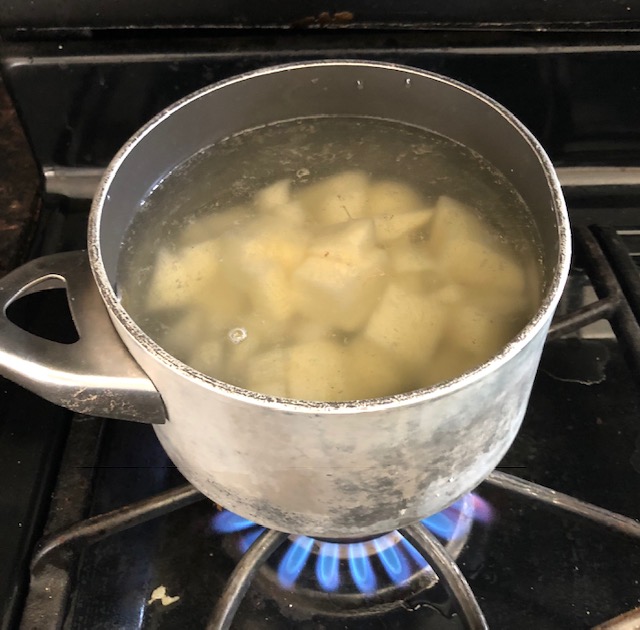 One large russet does in fact make enough mashed potatoes for two!

So, Wednesday was leftovers night. A little leftover chicken and rice, a little meatloaf and mashers (one large russet makes a lot more mashed potatoes than I thought it would, and my husband loves mashed potatoes).

Thursday was take-out because I was sick all week with a nasty chest cold. On Friday I made a meat pie for two in a 9″ x 9″ square baking dish, as opposed to the 9″ x 13″ that feeds six and provides leftovers. We still had leftovers with the small one also, and that’s my meal plan for the weekend since the Mr. is out of town. Leftover fried meat pie with a couple eggs…ahhh.

(Note: I didn’t use ketchup in this meatloaf because lamb and ketchup just seemed wrong. If you substitute beef, add a bunch of ketchup.)

This recipe actually feeds four (1 lb.) so if you need it to feed six, add another ½ pound of meat and pump up all the other ingredients’ amounts. If you insist on cooking for one and detest leftovers, basically make a hamburger, not a loaf. Start with a ¼ pound of meat and go from there. Or start with a ½-lb and you will have just enough for a nice sandwich the next day. Also, I know my way around a kitchen, and rarely measure anything, so my amounts below are estimates for the most part, except for the main ingredients.

All photos by Lisa Lucke – All Rights Reserved

Lisa Lucke is many things, including wife, mother, step-mother, editor and writer. She manages (mostly) to be all that and an expensive bag of gluten-free chips in the Sierra Nevada foothills, as well as various other places ... Read Full Profile