You are here: Home / Current Affairs / It Gets Better

Dan Savage, most noted for his internationally syndicated relationship and sex advice column Savage Love, started the It Gets Better Project in response to recent deaths within the LGBT community as a result of bullying and homophobia. Watching this project unfold online through videos and articles and weblog entries has been an incredibly moving experience for me, because, for many years, my life was ruled by the same fear and oppression felt by those kids who have either been murdered or taken their own lives as a result of our culture’s tolerance of bigoted behaviour.

I remember my eight- or nine-year-old self sitting on the floor with a knife at her wrist, and I know that, in an instant, I could have been one of those kids.

From a very young age, I knew that I was different. The environment I grew up in, while not overtly physically hostile to the notion of homosexual behaviour and gender variance, was not open to discussion about it. Those “gays” were other; they were people we didn’t know. As one family member said to me, “I don’t mind what they do, as long as it’s not near me.” Another family member told me that homosexuality could be cured with spiritual counselling, telling me that it was not inborn but a psychological illness. I felt hidden, erased while being right there in the room. I was the white elephant.

Without realizing it, my family was telling me what they thought of me. They thought I was sick. They thought I was disgusting. They didn’t want to know who I really was. Had they known who I was, they might have learned to understand the truth of my humanity, but I wasn’t about to be the first one to test the waters. Fear won out.

As much as I didn’t plan on wearing my difference on my sleeve, I could still only be who I was, and people must have spotted it in my short hair and my style of dress. Someone threw a huge convenience store cup of coke at me while they yelled “dyke” from a moving car. I was spit on while walking to work one day. A man hissed “Lesbians are disgusting and I should kill you” in my ear as he walked past me on a bridge. My girlfriend’s stepfather threatened to kill her if he ever found out that she was gay.

I came to believe that not only was I a less valuable human being but also that I was my own greatest risk when it came to my safety. I became so consumed by self-disgust and paranoia that I pulled back, reigned myself in, and cut love out of my life that did not conform to the dominant heterosexual standards of sex and gender I perceived. It broke me, and I felt broken.

The guilt and shame I felt about the most natural parts of who I was and the ignorance of others kept me closeted and silent and afraid when I was younger, but it got better. I am no longer that scared and lonely kid who first contemplated suicide at the age of eight or nine, because, as an adult, I have had a much greater ability to carve out a life for myself in a way that I could not as a kid in school. I have found people who love me and support me, and I have found the freedom to be honest about my gender and sexual identity (female, gender neutral, lover of humanity) in a way that I could not fathom as a child who could not find her voice, let alone her people. The child I was, the one who despaired and lost hope when I felt this earth held no place for me, would never believe the life that I found post-high school.

If you are struggling with your identity, the very core of who you are, know that it does get better. You will find a life that allows for love and friendship and trust and belonging. It is out there waiting for you to find it and all the joy that it holds.

You don’t need to take just my word for it. Listen to Fort Worth City Councilman Joel Burns’ incredible personal account:

His courage to live his truth and to share his story as part of the It Gets Better Project is a powerful and encouraging statement against the hate and bigotry still rampant in North American schools. You can take your stand, too, by signing the It Gets Better Project pledge, and, if you need support, please check out The Trevor Project, an organization focused on crisis and suicide prevention efforts among lesbian, gay, bisexual, transgender and questioning youth.

As alone as you might feel, you are not alone. We are out here for you, and it gets better. I am living proof. 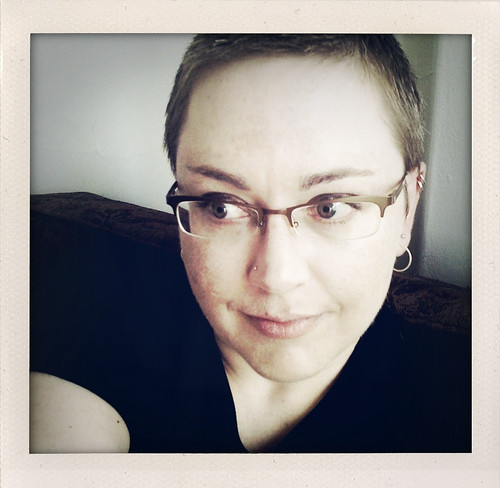