You are here: Home / Eco / Animal Rights / How I Became a Conflicted Omnivore 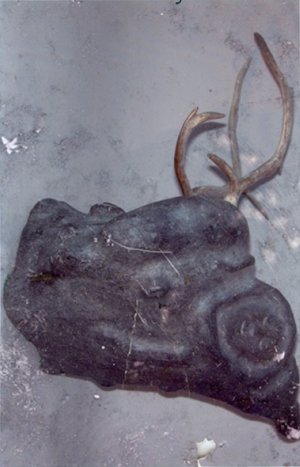 As an adult, it seems strange that there was a time when I did not know that the meat on my plate once mooed or bleated or clucked, but there it was. There is always the time before we knew something, and that time, in this case, was uncomplicated-ly delicious. I ate hot dogs and hamburgers and Christmas turkey, and I deep-fried potatoes in their leftover fat. It was food, and it was good.

Then, in grade two, a kid at school changed my relationship with meat forever.

There I was, just wandering down the hallway in that directionless way I had when I was seven, running my hand along the wall and hoping there were some new Nanook of the North books in the library, when I walked right into Jason, knocking him back a little. He dropped the bag, which landed with a bass thunk on the floor. I was scared he was going to punch me, because Jason was fiery little kid, but instead he looked pleased to have an excuse to show me his treasure.

“Look what I found for Show and Tell,” he said.

I looked down at the bag and saw a collection of parts that seemed familiar. I had seen this kind of a thing before, and as my mind slowly worked the pieces together to make sense of the thing, I began to feel sick. The top of the plastic bag had fallen away, revealing a clouded eye, vacant and dull yet somehow fixed on my expression of blank horror. The eye, the once soft muzzle pushed into the corner of the bag, the protruding antlers: it was a severed deer’s head.

“Jason, you’re going to get into trouble,” I said as I leaned myself against the wall. The floor suddenly felt impossibly close to my head.

I wasn’t surprised at his nonchalance. I had always assumed that his parents were questionable. It was obvious that his mother didn’t do laundry by the constant grubbiness of his knees and elbows. His home room teacher wiped his face down every morning. I had seen her do it in the coat room.

While I leaned, the hallway filled with adults. The librarian, the vice principal, and a group of teachers crowded around Jason and the head in the bag. I could tell that they thought something was wrong with Jason, but no one was taking the bag away. While they all conferred over him about who to call and what to do — Should we call his parents? No, they won’t do anything. Tell the police? Maybe. Where do we put the head? I don’t know. — I swayed against the wall in time to Jason’s lazy sway of the bag left and then right, right and then left, against his leg, banging the animal’s head against his thigh and catching the protruding antlers on the hems of everyone’s clothing. Suit jackets and skirts fluttered around his shoulders. 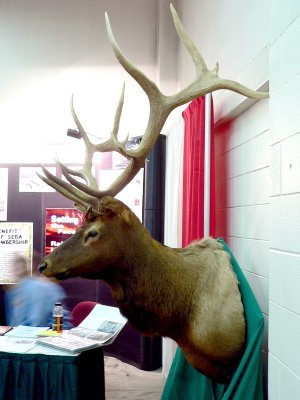 Ever since that day when the deer’s dull eye fixed on my own, my relationship with meat has been complicated. In high school, I listened to The Smiths’ “Meat Is Murder” as though it were a religious hymn while still grabbing beef tacos at the mall. I embraced vegetarianism in my early twenties and seriously contemplated veganism before finding out I would have to give up real cheese. I love bacon but am occasionally too wracked with guilt about the pigs to put it in my mouth. I read about the evils of factory farming and the appalling reality of abattoirs but have a weakness for A&W’s mozza burger.

I am a wishy-washy, emotional, meat-is-murder meat-eater who believes in animal rights but tosses her ethics over at the sight of a tasty, tasty round of breakfast pancetta and a plate of rare steak with enough blood to mix into her mashed potatoes.

I realize that I have imposed my own sense of humanity on she who is not human, but I cannot shake the idea that there is a far more personal relationship between us, the human and the animal-become-food, than we generally acknowledge. I saw her, I felt the reality of her, I experienced that deer as an individual being, and I cannot shake the feeling that most of our present practices with regard to farming the animals we eat and hunting them down not only denies their lives a deserved level of dignity and respect but also our own lives for having forfeited our hearts in the pursuit of convenience and money and a cheap hunk of meat.

Meat became much more than just meat for me that day. It has become a real and living issue about love and humanity and a concern about how the way we extend ourselves into the world becomes, in turn, what we are. We become what we do, and what we do is terrible.

My relationship with meat is an issue about which I have yet to find a clear answer, and so I continue to waffle between different styles of eating and shopping for the food I consume. As a result, I am curious about other people and their relationship to their food.