They come to the United States in search of a home. They leave their homes, everything they know and love, their families, in order to survive. They spend years in camps, oftentimes being sent from one to another.

Refugees are knocking on our door, but under the Trump administration, America has shut that door most of the way. According to the International Rescue Committee, the U.S. has welcomed an average of 95,000 refugees per year since 1980. They also report that the Trump administration has put a 45,000 person cap on refugees, exclaiming: “no U.S. president, not even in the wake of 9/11, has so turned their back on refugees.”

The current administration paints refugees as a threat. They threaten our safety, our economic security, our jobs, our families. Research by the Migration Policy Institute has found that in 14 years, 784,000 refugees were settled in the U.S. and exactly three of them were arrested for planning terrorist activities, stating “it is worth noting two were not planning an attack in the United States and the plans of the third were barely credible.”

Cities in Need of Workers

American cities are crowded enough, employment is low enough, and there is no room to let in so many new people… or so it might seem. Though many major cities in the United States are indeed crowded and struggling to keep up with growth, there are other cities struggling to get enough people.

MSN recently reported that some cities are so low on people, they are paying incoming residents thousands of dollars to move there. Hamilton, Ohio is offering $5,000 towards student loans, Grant County, Indiana is offering $5,000 towards a home payment. MSN goes on to report that the current phase of the economy is lacking workers rather than jobs, creating a possible solution for two serious problems.

Though there are many variables, both for cities taking in refugees and refugees moving to certain cities, this possible solution exemplifies that immigrants, including refugees, could be an asset to the American economy.

Survival. That is the bottom line for many people under refugee status. Many of them had prosperous, happy lives — before war, genocide, government corruption, and more. Though it’s easy to think that refugees, or immigrants in general, are coming to the U.S. in search of easy lives, that is far from what they find when they get here.

Arriving to a new country as a refugee means having to start your life over, regardless of how old or successful or put-together you were in your home country. Often, people arriving in another country have to learn a new language. University degrees from other countries often don’t transfer, so a surgeon might have to work as a laborer in their new country.

Even when you start getting the hang of things, there is the racism. There can be death threats, slurs, and discrimination. There is even abundant racism in the U.S. criminal justice system. America can provide safety from many types of suffering, but it is not the easiest path, and is chosen out of necessity, not volition.

Though the United States has been at war with many countries for many years in the past few decades, Americans have been lucky enough to avoid the destruction of war on our land for a long time. Perhaps that luck has blinded us to the help that refugees need, but it is time to stop the hate rhetoric. There is room in the U.S., we just need to open our doors back up.

Photo by Ilias Bartolini on flickr – some rights reserved 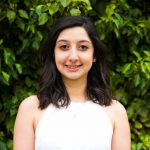 Geo Sique is a writer from Boise, ID with a bachelor’s’ degrees in Communication and French and a background in journalism. When she’s not travelling outside Idaho, she loves rock climbing, hot springs, camping, and exploring the world around her.