For the second day of our stay in Switzerland, we had planned to spend the day in Lucerne, but the friend with whom we were staying in Zurich suggested that we first take a side trip to the town of Einsiedeln, the home of the Einsiedeln Abbey, an active Benedictine monastery that was founded by the hermit St. Meinrad in the ninth century. After our visit to the abbey, a short train ride would get us to Lucerne. 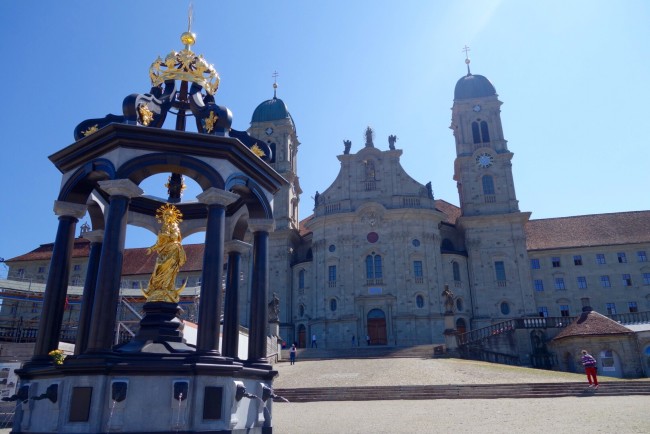 (We had bought second-class travel on our Swiss Travel Pass and when we boarded the train for our first official day of rail travel we were surprised to see how luxurious second-class is in this country. The trains are modern and very clean and the seats are comfortably plush. Through the huge windows of the second-class car we inhaled the lovely scenery and gorgeous homes along our route.)

Once we arrived in Einsiedeln and received directions from a train station employee and then again from a man on the street, we made our way through the town and up to the monastery, a huge complex of buildings, dominated by an impressive church, built in the early eighteenth century. As we entered the church just before ten, it was immediately apparent that a Mass was about to begin in the chapel of the Black Madonna, called the Chapel of Grace, located at the back of the church. The chapel itself appeared to be constructed of black marble and featured a fifteenth-century statue of the Madonna, her face blackened by centuries of dust and the soot of candles and incense; she was surrounded in gold and dressed in a beautiful robe (which apparently changes according to the seasons of the liturgical calendar), behind the altar. As we walked around the church we could hear the progress of the Mass, some of which was beautifully sung, behind us. 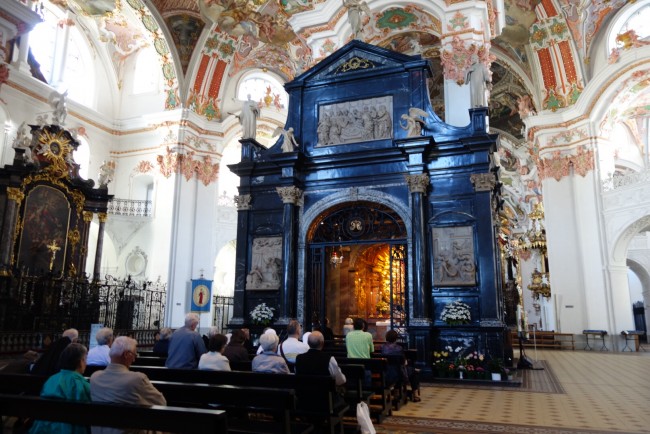 The church is decorated in the baroque style, and how over-the-top baroque it is! It seems that every square centimetre of this church is covered with painting, iconography, and gold filigree. Even the pipes of the organ are decorated. Down either side of the church are numerous altars, dedicated to various saints, of different sizes and made of different materials. The main, high altar at the front of the church is the quintessence of baroque excess. 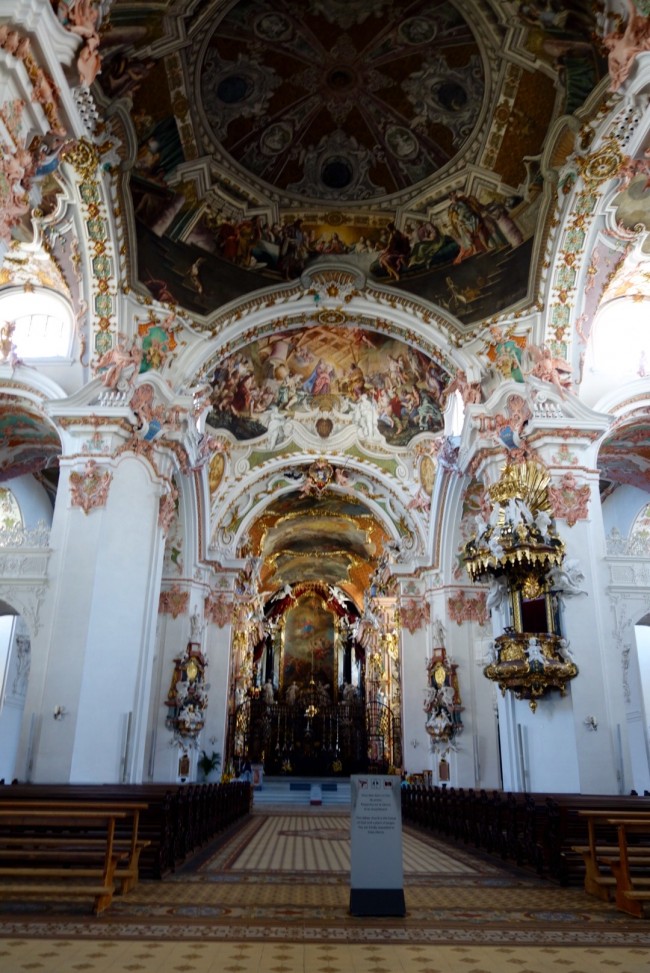 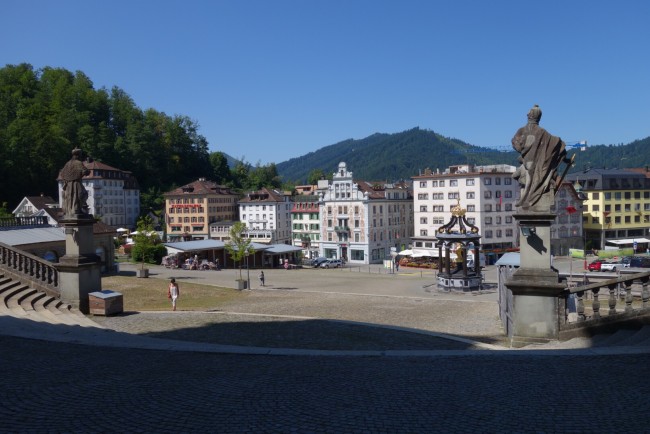 View from the Abbey into Einsiedeln

The heavily decorated church at Einsiedeln Abbey stands in marked contrast to many of the large churches in Switzerland, like the Grossmünster in Zurich and the Cathedral of Lausanne, which were once Catholic but were taken over by the Protestants in the early 1600s during the Swiss Reformation, which was led by Huldrych Zwingli, who had once been a priest at Einsiedeln. In the process of the takeover, these churches were stripped of all their icons.

At the age of 55 Ross said goodbye to the business of education-for-profit and began pursuing a delightfully monkish life of reflection and study. He soon discovered that he loved to write, and along with occasional attempts ... Read Full Profile