You are here: Home / Current Affairs / Money and Economy / Andy Beal: The Numbers Man Who Inspired a Generation

Daniel Andrew Beal, better known as Andy Beal, has a penchant for numbers, which is fortunate since he is reportedly worth more than $12 billion. However, on top of using his mathematical prowess to make savvy business investments and bank billions, Beal has used his reputation to inspire generations of young minds.

Beal started off as a real estate investor at the age of 19 before opening up banks in Dallas and Las Vegas. These initial investments led Beal into a plethora of additional business ventures, including Beal Aerospace and various philanthropic organizations designed to improve young people’s aptitude for mathematics. Despite being a self-taught expert in number theory, Beal has become something of a numerical wizard over the last few decades.

In addition to using his grasp of odds, stats and numbers to become a leader in business, Beal has also used his talents to thrive in other areas where an understanding of numbers is crucial. One of Beal’s most recognizable achievements outside of business has been in the poker world. Anteing up against some of the best players in the world, including Phil Ivey, Doyle Brunson and Barry Greenstein, Beal tested his understating of gambling odds for millions of dollars.

Despite being an amateur player, Beal took on the best pros in the game, who were forced to pool their resources in an effort to match his wealth, for stakes in excess of $1 million. During the games, which took place at various times between 2001 and 2006, Beal managed to win pots worth as much as $13.6 million and triumphed against some of the toughest players in the industry.

Although he ultimately lost the bulk of his winnings to Phil Ivey, who is considered to be one of the best players ever, Beal proved that an affinity for numbers and logic could help the average player succeed in poker. In fact, this demonstration of superior play through mathematical analysis became a motivating factor for a generation of aspiring poker players.

Around the same time that Beal’s poker game against The Corporation took place, online poker was starting to come into its own and Chris Moneymaker was on the cusp of winning the World Series of Poker Main Event and starting a revolution. These events coincided with the release of a book outlining Beal’s antics known as The Professor, the Banker and the Suicide King which not only captivated audiences because of the money being played for, but showed that math is the key to success in poker. Although overlooked by some, Beal’s success as an amateur with a mathematical brain was the catalyst for many young graduates using their skills to forge a career as professional poker players.

As well as inspiring a generation of numerically savvy poker players, Beal has also used his wealth and love of numbers to create one of the richest math problems in the world. Based on Fermat’s last theorem, the so-called Beal Conjecture was released in 1993 with the caveat that if someone could prove or disprove it they would win a $5,000 prize. Under the terms of the deal, mathematicians must provide an answer to the unanswered equation, have it published in a reputable publication and peer-reviewed by leading mathematicians for two years. 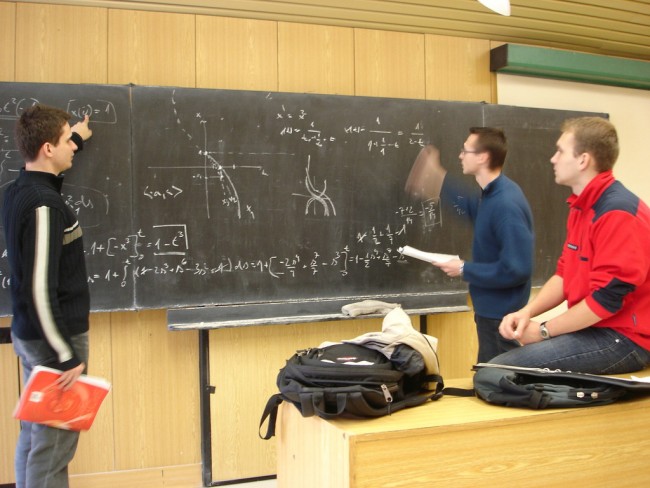 If the participant can satisfy these conditions they will win Beal’s prize. The answer has eluded mathematicians since the late Nineties, and since then, the ante has been upped and the prize is now worth $1 million. Although there have been other high profile math problems with major cash prizes attached to them, namely the Clay Mathematics Institute’s Millennium Problems, Beal’s has been one of the most inspirational.

Aside from wanting to give away $1 million of his own fortune, the reason for Beal’s offer is to attract more young people to the world of mathematics and that seems to have worked. As well as some of the world’s leading scholars tackling the problem, amateur number crunchers have also been inspired by the equation (and its top prize). In fact, in March 2015, Angela Moore put herself forward as the latest person to solve the problem. A graduate of Fairfield University but not in mathematics, Moore describes herself as a “recreational mathematician” who was intrigued by Beal’s offer.

After hearing it broadcast on the news multiple times, Moore eventually set about working on the equation and eventually posted her results disproving it had a “positive zero” on Math Goodies. The content of this article was then republished on another website, Math News, before Moore rewrote the paper and submitted it to Cornell University.

Now in a reputable journal, Moore’s solution is being considered by the Beal Conjecture Prize Committee and, if accepted, it will be reviewed for two years. If the panel of experts cannot find any holes in the research, Moore will receive the $1 million prize and the distinction of being the only person to solve the equation.

Although many people often assert that money is the route to all evil, Beal has shown that it can actually be used to inspire people to greatness. Whether it’s demonstrating the power of math in poker or giving people an incentive to solve a complex equation, Beal has used his billions as a tool for developing young minds and enhancing several generations’ love of numbers.

Differential Equations by Juraj Kubica on Flickr  – Some Rights Reserved

Michael Hubbs
Michael Hubbs keeps a keen eye on portfolios, investments and poker tables. He also considers himself a bit of a numbers man and he enjoys sharing his thoughts online through blogging.