Being a mother continues, even when the pregnancy ends too soon.

I am and am not a mother. I once believed motherhood to be a concrete state of being heralded by the birth of a child who would grow under my guidance and eventually move into the world on their own. I see now that the situation is more complicated than that. I see that motherhood is a state of mind rather than a biologically determined reality. Motherhood happens even when there is no baby to hold. I wish I didn’t know this, because the route to knowledge was rending and recovery is slow. 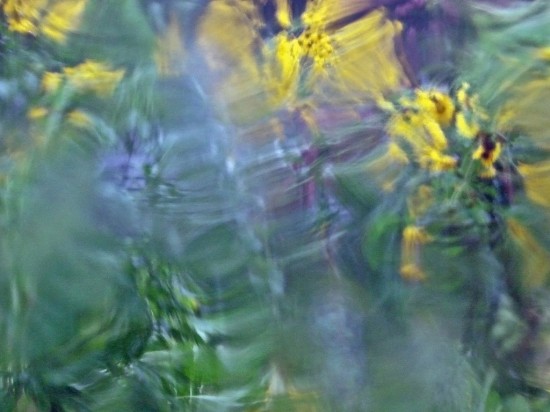 On Christmas day I was nine weeks pregnant. I knew that the first trimester is a dodgy time and that miscarriage is statistically common. I had also heard rumours that miscarriage is more common during your first pregnancy than subsequent ones. But even though some studies suggest that as many as 50% of pregnancies end in miscarriage (if you count miscarriages that occur in the first few weeks after conception) I was naively optimistic. I looked at my own situation and saw absolutely no risk factors. I’m 27 years old. I’ve never smoked. I was always a light drinker but stopped drinking completely a month before I tried to conceive. I was taking folic acid for three months before conception. I exercise daily and I eat a healthy diet. My caffeine intake is minimal. My life at the time of conception was relatively stress free. I have no illnesses that might impede a pregnancy and my cycles have always been like clock-work. I got pregnant on the first try and I took all of this as evidence that I would carry my baby to term with ease. I reasoned that the statistics wouldn’t apply to me because I had done everything right.

I was absolutely elated to find I was pregnant. I spent the first weeks of pregnancy reading about the changes that would occur over the next nine months. I found a midwife and a doula and started planning out my journey to birth. I meditated frequently, thinking of the new life growing within me and developing a relationship with my unborn child. I had no idea how fast and how intensely my love for this child would grow. I spoke to my baby daily, telling it how wonderful the world is and how much it would love being a part of our family. My joy was unencumbered by fear. I was certain that everything was moving along perfectly. I hardly had any pregnancy symptoms, just a bit of nausea and a brief period of exhaustion. I did wonder for awhile if the lack of symptoms was a bad sign, but I was assured that every pregnancy is different and that vomiting or not I could have a healthy baby.

My husband and I started sharing the news with family and close friends on Christmas day. We knew it was a bit early as we weren’t out of the first trimester yet. But it was such a perfect opportunity to tell everyone that we decided to risk it. I was still sure that nothing could go wrong.

But things did go wrong. Suddenly and horrifically. On January 2nd I started spotting. I was terrified. I called my midwives and they said that it could be nothing. Spotting is common during the first trimester and doesn’t necessarily mean a miscarriage is impending. By January 3rd I was bleeding. Bright red. Constant. By the 4th the bleeding was frightening and I knew that there was no chance my baby would survive the deluge. I was having contraction-like cramping —-intense clenching of my uterus every two minutes accompanied by startling amounts of pain. I hadn’t given much thought to miscarriage and had always assumed that it was a quick, one-day process, no worse than having your period. I was very very wrong and angry that such knowledge was not imparted to me at some point during my life.

An ultrasound on the 5th confirmed that my baby was dead but that my miscarriage was incomplete. The doctors and nurses made reference to the “products of my uterus” that had not yet been expelled. What that meant in less clinical and detached terms was that my uterus had become a crypt for the child that was dead within me. I cried and cried while my husband held my hand and the technician kept the screen turned away from me so I couldn’t see the contents of my own body. Later I felt that this was unfair. I should have at least had the option to see and know for certain that there was no hope.

I was given three options. I could let nature take its course but the miscarriage might take weeks or months to complete. I could take a pill to help move things along. Or I could have a D and C (Dilation and Curettage) a mysterious term that refers to a surgical procedure during which the tissue of your uterus is scraped away. I was horrified of the D and C. While the medical community didn’t seem to want to characterize it this way, I could think only of the baby still lying in my womb and I felt a wild urge to protect it, even in death. The thought of someone scraping it away and throwing it in the garbage made me sob until I felt sick so I decided that the D and C would be an emergency option only. I also couldn’t wait for a natural miscarriage. I needed to get back to work, to the world, to my life and I didn’t have the luxury of months. So I opted for the Misoprostol — a pill that would speed up my body’s natural processes without the need for invasive measures.

The pill turned out to be effective and side-effect free. I delivered my baby at home where I had a chance to bear witness to its death and say good-bye. While the Misoprostol meant a much longer process (I was still bleeding and recovering two weeks later) and remaining conscious during the whole ordeal I was glad that I had gone that route. It gave me extra time to grieve, extra time to come to terms with the loss, and the peace of mind that came from knowing my baby had come into the world gently and without the violence of obstetrical tools. D and Cs are wonderful emergency procedures that can save the lives of women experiencing hemorrhage. They can be an excellent option in a number of situations but I knew it wasn’t right for me and was glad to have avoided it.

So here I stand, my womb empty, my dreams crushed, my arms aching to hold the child who is gone. I should have been safely out of my third trimester by now, but instead I feel hollow and deeply sad. I was a mother for just over 10 weeks but my baby is gone and I have no way to prove that I once held a life within my body. And while my arms remain empty for the time being the change has been irrevocable. I was a mother for 10 weeks and I will remain a mother in some way, even if I never manage to bring a child into the world. It was the dream for the future that made me a mother, the hope and love for my unborn child. Nothing can take that away, not even death. I am a mother and not a mother. There is a rip in my soul, a deep gorge carved into my body where my child should be and perhaps shall fill again.