You are here: Home / Pets / Canine Nation / Helping Your Dog Get It Right

Training a dog can be a stressful experience for the dog.  Ultimately, it’s a guessing game from their standpoint.  You know what you want them to do, but they don’t.  And you can’t just sit down and explain it to the dog.  No one likes to be wrong; that’s stressful!  Not knowing what is being asked of you is stressful too.  We have lots of training methods to get the message across to our dogs.  But they can all be more or less stressful depending on how we work with our dog to teach them.

For decades, the “best” dog training was defined by rigorous training based on “discipline” and forceful methods used to correct the dog’s errors when they got the exercise wrong.  Trainers like Blanche Saunders and William Koehler popularized training methods that involved physical consequences for the dog when they were wrong.  Yanking on a leash attached to a choke chain collar (also called “popping” the leash) served to let the dog know that they had given an incorrect response.  Some of these methods also advocated verbal praise as a response when the dog gets it right.  More modern methods have gone further to suggest that rewards like food or play should be offered for correct performance.

Regardless of whether punishments like leash yanks or rewards like food are used, dog training is generally judged by results.  How fast did the dog learn what they were supposed to do?  How quickly do they offer the behaviour after hearing/seeing the cue for it?  Will the dog perform as required under a variety of different or difficult situation?  Today the debate continues as to whether rewards, punishment, or some combination of the two will be the most effective in getting good training results.

I have seen a lot of talk lately about the necessity of letting a dog know when they get it wrong so that good learning can occur.  Advocates for using punishments or markers for letting the dog know they were wrong often cite studies like this one which purport to show that behaviours can be learned more efficiently with a combination of punishing incorrect responses and rewarding correct responses.  The difficulty I have with such studies is that they show results in the isolation of only the behaviours used for that study.  We live with our dogs for years.  What is the effect of all of telling a dog they are wrong on the long term willingness of our dogs to continue working with us?

Comparing apples to growing an orchard

While it is a very human thing to try to quantify progress by measuring things, conclusions about learning that are based on the isolated results of a single behaviour or learning instance don’t tell the whole story.  This study on the differential effects of rewards and punishment on learning in a larger context paints a very different picture.  The study measured response times, error rates, and resilience to variation in presented cues to quantify the implicit learning of various behaviour sequences.  The researchers report their findings as follows:

“The behavioral experiment, therefore, showed that only reward but not punishment enhances the implicit learning of sequences. This finding is at odds with previous studies of reward and punishment on learning, which, however, were generally confined to associative-learning tasks.”

So, while punishments used to indicate errors may increase the efficiency of learning an individual task, subsequent performance of that task under different conditions will actually suffer both in response time and reliability over subjects who were trained using only rewards.  That is a significant finding.  It is significant because we do not live with our dogs and function in an isolated series of individual moments. 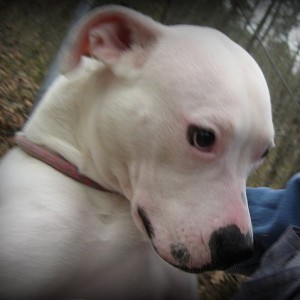 We have a continuous relationship with them and we expect the behaviours we teach to continue over the variety of places and situations in our life with our dog.

Is there much value in measuring our success based only on how quickly we can get our dog to comply with our commands?  I think it is far better to measure success by the long term durability of not just behaviours trained but the overall willingness of our dogs to engage in the learning process.  That is a better indicator of their ability to learn and adapt.  It may even be an indicator of their overall intelligence.  It appears from the available research that how we go about teaching our dogs can have a tremendous impact on their long term behaviour and relationship with us.

How do you respond to “wrong”?

From an Operant Conditioning perspective, there are only a few responses that are possible when our dog “gets it wrong” during training.

It is inevitable that a dog will offer an incorrect response at some point in any training process.  For my own training, I try to choose how I will respond to any errors based on how it will affect my dog’s willingness to engage in further training rather than finding the shortest path to the behaviour I want.  Can I make it clear that the response was not what I was looking for and not discourage my dog from trying again?

Animal trainer Ken Ramirez offered a wonderful solution for handling errors in training at a recent seminar I attended.  It’s called a “Least Reinforcing Stimulus/Scenario” (LRS)  and was introduced in 1991 by Sea World head trainer Mike Scarpuzzi.  The LRS is actually a hybrid of the “Do Nothing” response listed above and an invitation to “try again” by offering another opportunity to earn a reward.

The LRS procedure is remarkably simple.  Over the course of a training session, my dog will make several attempts at the correct behaviour.  When my dog offers a correct response, I use a marker signal and offer a reward (usually a food treat).  If my dog offers an incorrect response, I go completely neutral offering no marker, no reward, no punishment, no response for a brief period(3 seconds).  After this pause, I re-engage her as before and offer another chance to try the behaviour.

There are several advantages to the LRS.  First, it is brief and therefore not overly disruptive to the training process.  Second, it gives my dog a few seconds to realize that the last attempt was not productive in terms of earning a reward.  Third, it offers an immediate opportunity to re-try for the reward.  Lastly, and perhaps most importantly, it is not overly aversive so it does not discourage any future efforts to discover the correct response.  The new opportunity to earn a reward overshadows the previous unproductive response.

Keeping the dog in the game

As a dog trainer, I have always believed that keeping the dog engaged and willing to play the learning game (training) is the most important aspect of what we do in dog training.  Without our dogs eager and enthusiastic participation, training becomes drudge work and neither of us enjoy it.  If instead we can keep things light and fun, training becomes a game where being “right” is great because of the rewards and being “wrong” is no big deal because there is always another chance to get it “right.”

While using aversives or “corrections” to get the results you want in the short term may seem like a productive way to go, the science of behaviour shows that making errors a non-event provides better long term engagement with your dog.  Making the training experience as non-threatening and enjoyable as possible means you get to enjoy a lifetime of training with your dog.  And isn’t that what it’s all about?

Until next time, have fun with your dogs!

The first Canine Nation ebooks are now available –
“Dogs: As They Are” & “Teaching Dogs: Effective Learning”

In the Canine Nation Store!!!

Eric has been been training and living with dogs for over 20 years. In 2002, Eric made a bold change in his training philosophy by turning away from Traditional, ... Read Full Profile