You are here: Home / Feature / Tera Mera Ki Rishta (What is Our Relationship?)

An arranged marriage between a Canadian man and an Indian woman turns out to be a strong love match.

My wife Baljeet and I had an arranged marriage on April 1st, 2007. That’s right, April Fools Day! Apparently, it was the only day my Dad could book both the reception hall and the Gurdwara for the actual ceremony on the same day.

Oh, and it gets better — the first time we met was our engagement, two weeks before the wedding. I remember our parents continually asking us if we were sure about what were agreeing to, that we could back out if we wanted to. So it wasn’t forced on us. 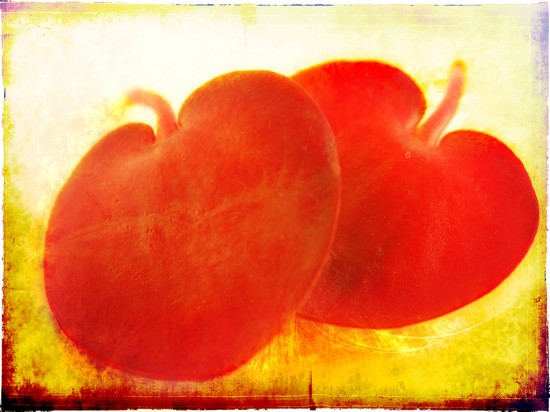 The story begins when my dad had arrived in India in February of 2007. I was planning on joining him for the last few weeks of the trip. But the first few days he was there, he met Baljeet and her family through relatives. And then I received the call:

Dad: Jeff, I need to talk to you about something.

Me: (nervously) Your car had that dent way before I dropped you off at the airport.

Dad: No, no not about anything like that. Son, there is someone here I would like you to meet.

Dad: No pressure. I have just recently met her and her family and I think she would be a good fit for you. But like I said, it is up to the both of you whether or not you want to go through with it.

Me: Well, since there is no pressure, there is no problem from me. What else is there to do in India other than get married? (I said this hoping for a laugh.)

Dad: (not getting the joke) There are plenty of things to do here, but something inside of me just felt that it was my responsibility to introduce the two of you. After speaking to her, I just know that the two of you would get along great.

I am going to cut in here: My Dad and I are polar opposites but I have always respected his judgment. So when he tells me that he has good feeling in his gut about a situation, I will go with his gut everyday of the week and twice on Sundays.

Me: Sounds good to me. We will talk more about it when I get there.

Dad: Good, now what is this about a dent in my car?

But what sealed it for me was the first conversation I had with Baljeet. My mom insisted that we both take some time to talk to each other before we decided. The two families had met at Baljeet’s cousin’s home, and so she and I walked up stairs to the roof where we could over look the village and talk.

I still remember she was wearing a traditional Punjabi women dress, a salwar kameez, which was royal blue with pink highlights. (I, meanwhile, was wearing brown Gap jeans, blue New Balance causal shoes and a green shirt – just a natural Casanova).

But Baljeet wouldn’t talk, other than giving yes or no answers. So I talked about myself, which I enjoy doing. I talked about how long it had been since I last was in India (21 years) and that I was enjoying myself (I wasn’t, at least in regards to the living accommodations) and asked if she was ready for what we were about to do. Instead of saying yes or no, she just smiled and looked at the ground, probably wondering why I was wearing blue shoes with brown pants.

I didn’t need any other confirmation. People ask me all the time how I knew she was the one when we had only met once before we were married. The honest answer is that I didn’t know until she smiled at me at that moment. Sometimes it is the non-verbal that speaks a thousand words, and that smile is only something I could see and understand. If you ask me to explain it, I can’t. The words I speak will never do justice to the way I felt at that moment. All I knew was that she was the one.

So, to make a long story short, everyone is happy and we get married. One year of talking on the phones and a trip by me for our anniversary then led to Baljeet joining me in Canada. The Canadian kid who doesn’t like Indian food or movies but who loves ice hockey and steak with potatoes marries the Indian Desi girl who is a vegetarian and is self professed to be “Cricket Crazy”.

I can understand our story may not be anything special or romantic to anyone else, but for us it couldn’t be more perfect. I always believed that the love grows stronger as we learn more about each other. For the first couple of years it was an adjustment, learning to live with each other and recognizing each other’s habits. But every day we have a new story to remind each other how strong our relationship has grown since that first day we met.

A couple of years ago, Baljeet and I watched a Punjabi movie called Tera Mera ki Rishta, which a love story similar to ours about a Canandian born boy falling in love with a Indian girl while he visiting India with his family. Since then, once in a while, especially after I have done something to annoy her, I like to sneak up behind Baljeet and whisper softly in her ear “Tera mere ki rishta?” which, translated into simple terms, means “what’s our relationship?”

Without fail, Baljeet will always turn around, hug me and whisper in my ear, “The world’s best relationship,”

With those words, all is forgiven.

Born and raised in Prince George, British Columbia, Jeff Randhawa is a graduate of Simon Fraser University with a Bachelor of Arts, majoring in History and English. Many of his classmates thought it was crazy for a person to ... Read Full Profile