You are here: Home / Feature / A Writer Revisits High School: Part One

A writer attends a high school reunion dinner dance, planning to leave early, but things don’t turn out like he expected.

6:30 PM. July 5, 2008. I sat in my car outside the San Juan Country Club in Farmington, New Mexico. Inside, the dinner and dance for the 40th reunion of Farmington High School Class of 1968 was about to start. I sat there, just looking at the building – I was about to do something I’d never done in high school. I had a snapshot memory – me and my friend Bobby, sitting in his car outside the high school cafeteria, slumped down in our seats, looking through the window at the after-football-game dance going on inside. We didn’t go in. I never went to a high school dance. I was small for my age and very shy, and spent my high school years on the outside looking in.

In the middle of my junior year, my family moved away, and my life was too turbulent to think about dances. I had never gone to a reunion, not feeling connected with the high school I eventually graduated from. But this year, after exchanging emails with a woman I’d known in Farmington since the fourth grade, I had agreed to come back for this reunion. This was the town I grew up in, where I’d made a lot of friends, and lost touch with all of them over the years. 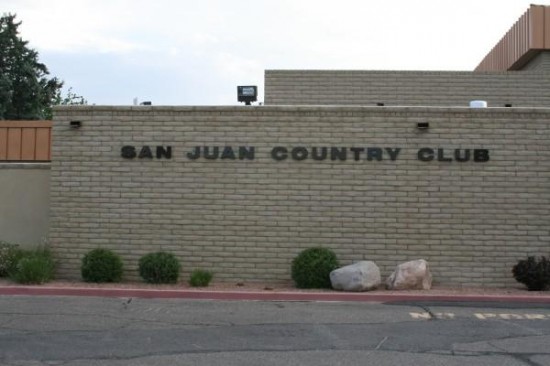 Now it was time to go inside and my stomach was in knots at the thought. I’d gone to the opening event on Friday night – a happy-hour gathering at the VFW hall, where I had visited with a few people I remembered, and had seen a lot of people I didn’t recognize or barely remembered. The group then moved over to the lounge at the Best Western motel, and I had gone along, visiting some with people before calling it a night. I had started to wonder if this whole thing was a mistake.

I was going to the Saturday night event because I’d paid for it, and a couple of guys I had known since junior high had re-gathered their band and were playing for the dance. They had started the band after I moved away, so I’d never seen them play. I decided to go for the dinner, listen to the guys play a couple of sets, and then leave. I checked my email once more from my cell phone. I had been answering messages about getting my book set up to be self published. I was also waiting to hear from a literary agent who was reading my manuscript, and might be interested in representing it. I was checking email often. There was finally no more reason to stall, so I gathered my courage, got out of the car, and went inside.

When I walked inside the country club, the whole interior looked different. I guess a remodel after 40 years was to be expected. I had grown up spending a lot of time at the club, so it had memories attached to it, on the golf course, at the swimming pool, at lunch with my Dad. Now, half of the main ballroom was filled with tables, white tablecloths, and fancy silverware.

On the other side of the room was a sizable dance floor, and against the far wall, in front of a bank of windows overlooking the golf course, a band was setting up. I got a name tag – they had everyone’s high school picture on them, so we could all recognize each other. I was on time and, being used to events where everyone was “fashionably late,” I was surprised at how crowded the room was, with a steady hum of chatter. People were already starting to fill plates from the buffet, so when I spotted Betty, who had lived next door to me in junior high, I moved over to visit with she and her husband. There was an empty place at their table, so I sat next to them for dinner. Betty had brought several yearbooks and we looked through those as we visited. Yes, the homecoming queen our senior year was who I thought it would be. 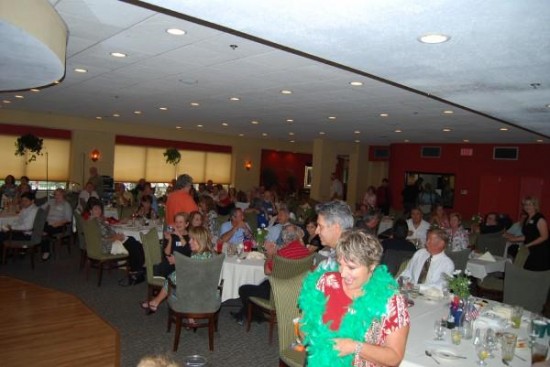 Then we began talking about our time at Hermosa Junior High. I was surprised to discover that Betty had also kept her copy of Scholarly Scribbles, the literary magazine we compiled in our 8th-grade English class. I was to find four different people who still had their copy. I had published five poems and a short story in that magazine. Shortly after that, I had stopped writing altogether. I was later to find out it was because my Dad had shamed my poetry, and shut down my creativity. So it was surprising to find that the magazine had a strong impact on others as well.

As the band was testing equipment, I walked out onto the dance floor to talk with Bobby, the lead singer. I had a feeling that would be the only time I’d be on the dance floor that night. We talked about the popular girl who had disappeared — she had become pregnant and we’d never known about it. We laughed because we suspected we knew who got her pregnant. We compared notes, and remembered that each day during lunch in junior high we had a competition to see who could walk the farthest on their hands.

I saw Tom, Mr. Popular in high school, and the star football player, come in with his wife, causing quite a commotion from all the attention he attracted. I was sure Tom might not recognize me now – I had been quite a bit smaller back when he knew me. But Tom had lived down the block from me during grade school, and I knew later I’d go up and re-introduce myself. I felt disconnected from much of the group – it appeared they had all stayed in touch and knew about each other’s lives. I was also self-conscious about not having graduated with this group, and having essentially disappeared from school in the middle of my junior year. Back then, Farmington had been an oilfield town, so a lot of people came and went, but I was just feeling like an outsider right now. I knew I would leave this dinner/dance soon.

11 PM. As I whirled around the dance floor to a country and western tune, with a woman I’d had a crush on in junior high snuggled in my arms, it struck me that the dance sure hadn’t turned out like I’d expected.

Dan L. Hays is a gifted writer who has been pursuing his craft for more than 25 years. His passion has always been writing, but he had a writing block that he could not understand for many years. In 1985 he wrote a book ... Read Full Profile