You are here: Home / Feature / The Popculturist Falls to Pieces

The Popculturist returns to the music of Patsy Cline, and learns to appreciate her heartbreaking country genius in a new way.

Ever since my son was born, I’ve been increasingly drawn to the cultural elements of my own childhood. I find myself renting old Disney movies or picking up books I haven’t read in decades. I’m sure that same impulse, whatever it is, is what’s driving my latest obsession: Patsy Cline. 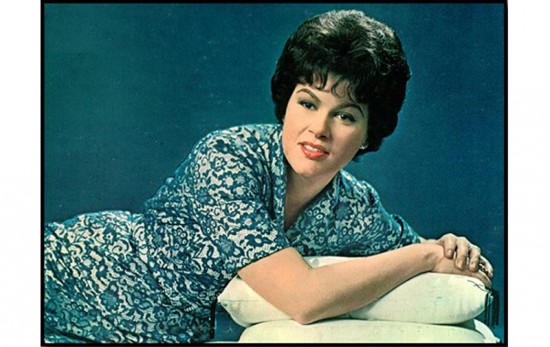 For me, Patsy Cline’s music is inextricably linked with 1986, the year that my mother, brother, and I lived in a cabin in Big Sur with her boyfriend. That year was my introduction to country music, my mom’s boyfriend’s favored genre. The stereo in that cabin, when it was on, was nearly always playing country and western, from The Sons of the Pioneers to Jim Reeves to Alabama. And, of course, Patsy Cline. I don’t know that I’ll ever be able hear “Crazy” without thinking of the smell of redwoods, the feel of an unfinished wood floor under my feet, and the sound of the creek that rippled through our front yard.

For a long time after we left that cabin, I eschewed country music. Some bluegrass crept in later in high school, but it wasn’t until 2005 and the movie Walk the Line that I really started to come back to country. Starting then, it slowly came back into my listening rotation, a little Johnny Cash here, a little Willie Nelson there. And, finally, about a month ago, when I broke down and bought a copy of The Patsy Cline Story, the 1963 Decca compilation released not long after her untimely death at age 30.

Listening to Patsy Cline for the first time in over 20 years was in a lot of ways like going back home and finding your old room just the way you remember it. But what really struck me were the things that I never noticed as a child, the things I was too young to understand at the time. Like the fact that nearly every song on the album — indeed, pretty much every song she’s known for — is about heartbreak, even the uptempo ones. Or just how much 50s pop made up her “countrypolitan” sound.

And then, of course, there’s the voice. Cline, with her full, rich contralto, is possibly the greatest female vocalist in country music history. She’s influenced generations of women across many genres, from Loretta Lynn to k. d. lang to Neko Case. I knew all of that, but hearing it again, I couldn’t help but be amazed by how such a confident voice could express such vulnerability, or, conversely, how songs with such ache could have so much strength, even sexiness, to them. Some of these songs are over 50 years old, but the sophistication in her performance still blows me away.

Mike Sakasegawa grew up in a small town on California's central coast with his nose in a book and his head in the clouds. An electrical engineer by profession and a writer by inclination, Mike ... Read Full Profile